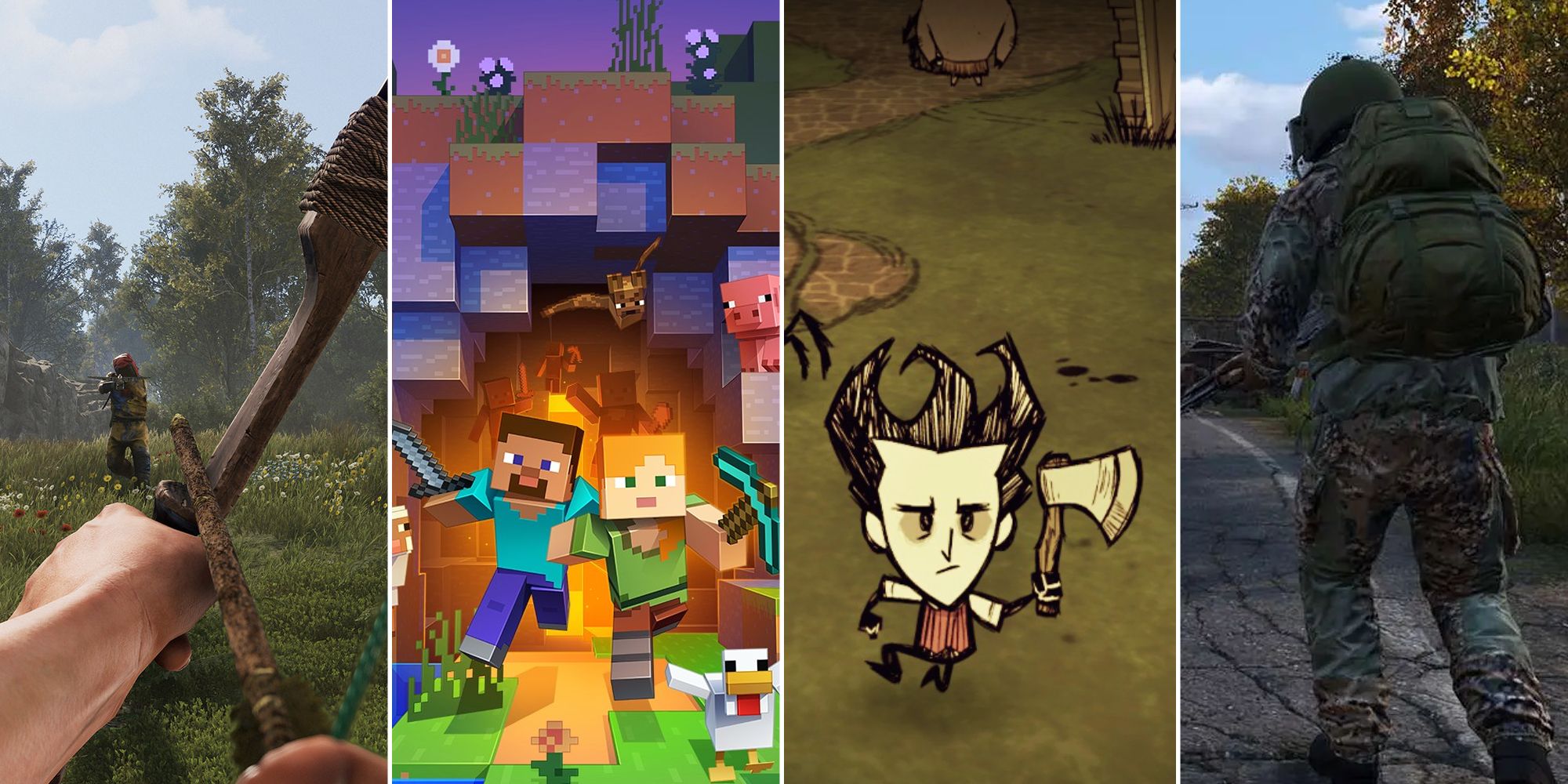 Every year the games get more and more complex, but there’s still a lot to be said for titles that you can simply pick up and play. While it’s desirable for games to be intuitive in the way they teach their mechanics, it can be nice to have a guiding hand.

Game cases no longer come with small, colorful booklets to explain the world, story, characters, and controls before diving in. Many games these days will include long intro sequences to teach you everything you need to know. While these can be frustrating, specific titles are so complex that some form of tutorial or guide wouldn’t hurt.

GAME VIDEO OF THE DAY

It’s been many years since the mining sensation of Minecraft was released for general PC purchase. Since then, it has remained one of the most popular games for playing alone, with friends, and for streaming. It spawned many spinoffs and ports that were all well received.

Even so, the base game remains more or less intact except for better functioning and more content. Yet with such a large number of followers, this release still drops you into an unknown world with little guidance on what you can do and how to do it. You’ll need to look online just to know where to start.

With the overwhelming popularity of Minecraft, mining has become its own category of games. More and more titles started appearing that involved digging holes in the ground, looking for treasure, and crafting things. Of the titles that followed, Terraria was among the most popular.

RELATED: The Rarest Drops You Need to Collect in Terraria

This 2D pixel survival game had a lot more activities, with the introduction of more monsters to fight and huge bosses to defeat. However, it suffers from the same problem of having so much stuff with little understanding of what to do with it. If you’re hoping to figure out all the crafting, where to find the bosses, or how to summon them, you’ll have to search the internet.

While many games try to give you individual goals to achieve, some try to build something up and make it work properly. This is what RimWorld asks you to do, by establishing a working society in an alien world. You’ll have people wandering the land looking to guide you, in terms of building a base and preparing to explore more of the world.

Although the characters look like cartoons, they are surprisingly complex in terms of needs and behaviors. How you’re supposed to figure this out early on is a mystery, so look for players who’ve been playing it for a while.

Arma II is one of those games that gets talked about but never seems to appear. What’s interesting is that it’s been around long enough that people can dissect it and make modifications to it. The most ambitious of these is sold as its own game, DayZ.

You play as a survivor wandering the cold wilderness and ruined areas, trying to make a living in a world full of zombies. It attracted a lot of attention for its harshness and realism, but it also made it more complex. If you’re hoping to understand the bare minimum of DayZ, start looking for guides online.

There’s a lot of fantasy in coming up with the perfect plan and then executing it. This is usually reserved for heists or spy missions, as escape stories have also garnered a lot of attention. There are movies about great escapes, and even escape games like The Escapists. In the first entry in the series, you play as a prisoner trying to break out of a prison.

You’ll need to spend time exploring, meeting characters, and learning a routine so you can formulate a plan. While there’s a short introductory mission to give you some basics, it’s like letting you swim through a puddle before jumping into the ocean. Prepare for plenty of replays.

If Minecraft is colorful and fun, then Rust is their older and much scarier cousin. The game starts with you as a naked human alone in an indifferent wasteland. Your only goal is to survive and defend yourself. You can start with nothing, but with perseverance you can end up having a strong one with your own arsenal.

It’s a hostile world where you can’t trust anyone, even those who started with you. Because of this and the lack of knowledge given to you, you will probably die many times before you begin to understand.

Zombies and survival go hand in hand when it comes to gaming. While there are plenty of titles where the goal is to kill as many zombies as possible, there are others where a single zombie can pose a serious threat.

RELATED: 7 Days To Die: The Best Mods That Improve The Game

7 Days To Die distinguishes between the two, offering plenty of spectacle when it comes to battling zombies. It also puts a lot of emphasis on doing whatever you can to protect yourself from the hordes. While it’s easier to get familiar with the UI and gameplay, there’s still a lot of trial and error to try and figure it all out on your own.

Some games are able to mix cartoon and horror elements to create a very unsettling experience. It’s the main attraction of the Don’t Starve series, which has expanded to include more lore and characters. After all that, the basic objective remains the same: not to starve. You play as one of many quirky characters who are stranded in a dark and dangerous wasteland.

There are many fearsome and ferocious creatures that threaten you, but none so much as darkness. You need to eat, stay in the light, and build yourself up by collecting and combining the best you can. Chances are you’ll starve before you’ve made any real progress, but you’ll find plenty of help in guides and online communities.

NEXT: The Most Memorable Tutorial Sections In Video Games